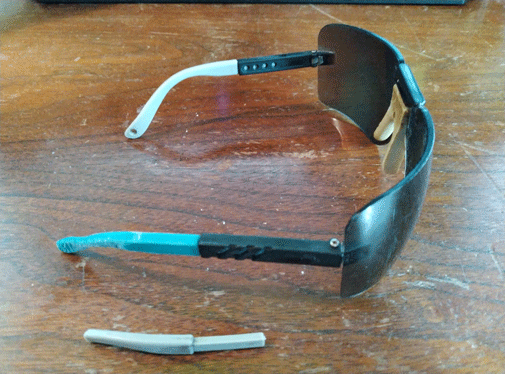 A few years ago, my girlfriend asked me to fix her sunglasses. The ear piece had snapped off. At the time I thought that maybe it would be possible to 3D print a replacement, but I couldn’t wrap my head around how to do it. The project was never high priority and so it got buried under other TODOs only to be resurrected this week.

While the final product is a little rough, it looks good from a distance and is 100% functional. I’m pretty happy with it and I think my girlfriend is too!

I explored a few different options for making the 3D model of the part. I skipped over Fusion 360 due to its weird proprietary license and instead looked at open source options. OpenSCAD was the first option that I did a trial run on.

OpenSCAD is interesting because it uses a C-inspired programming language for direct creation and editing of the model. I was drawn to it because the syntax was familiar to me as a programmer. 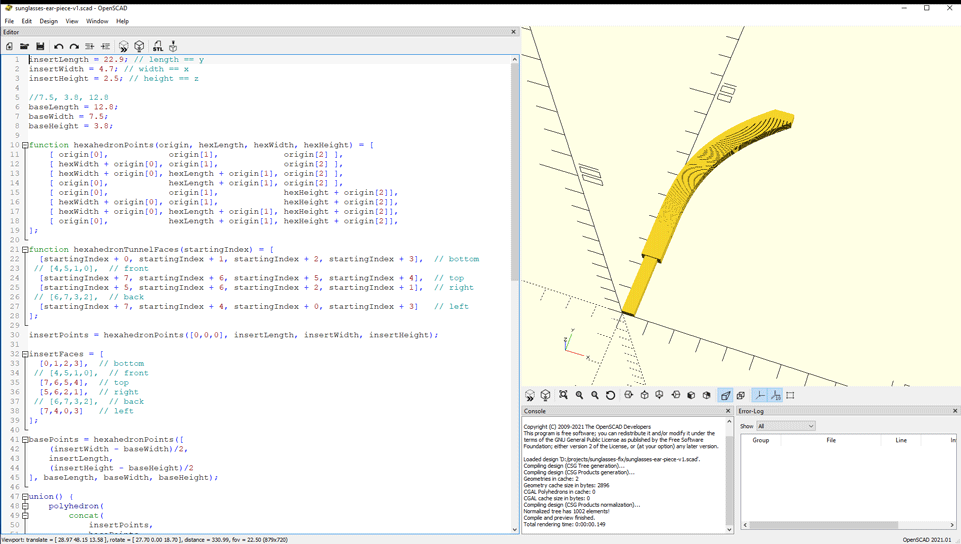 After some time messing around with it, I had produced a very rough first pass at the piece while I learned the syntax. I was getting somewhere and I still feel that, if I spent more time with OpenSCAD and produced some reusable modules, I could make the part as well or even better than what I eventually got. However the effort to create those reusable modules was going to take some time which I was not looking forward to.

I had spent a few minutes here and there watching OpenSCAD tutorials on YouTube and searching for info for it on Google. YouTube has, of course, started recommending related videos. It is in this way that I was handed Maker Tales’ video CAD In Blender Is HERE! which introduced me to the Blender plugin CAD Sketcher.

I’ve used Blender for several other projects before, including my experiments with the Sense Scanner. So I was happy to see some more precise modeling options added to Blender. 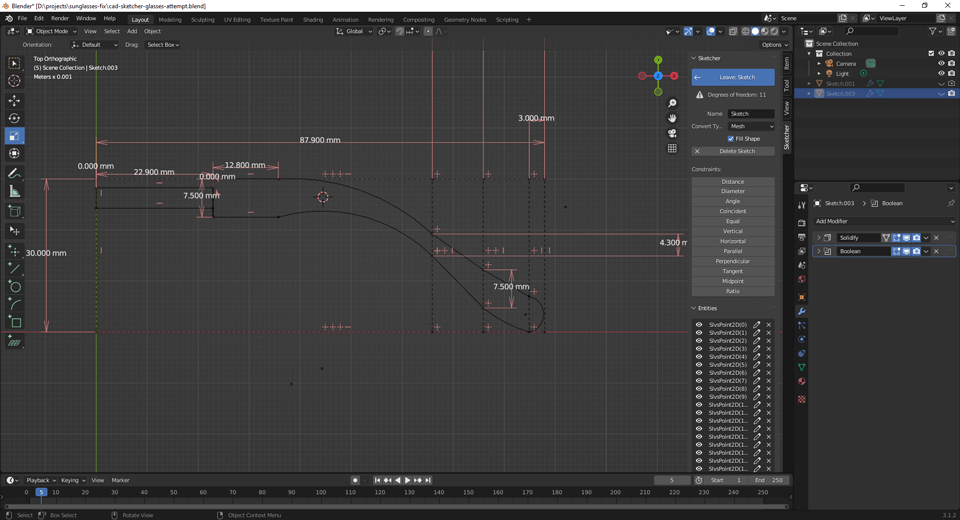 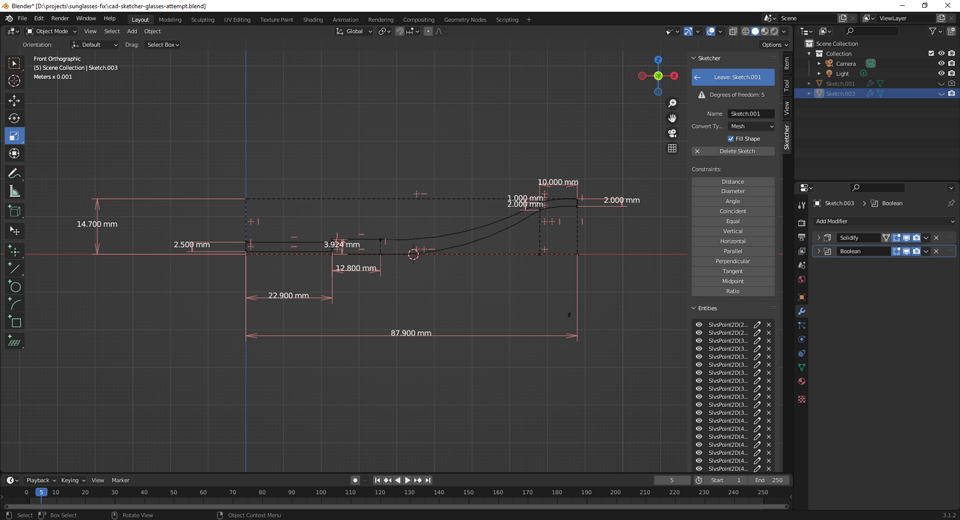 The two 2D drawings produced flat meshes for the regular Blender workflow. I then used the solidify modifier to make these have depth and a boolean intersect modifier to combine the two models into a single piece with the shape I wanted.

I did have some trouble with the export of this finalized part for the next step. In the end I had to apply all the modifiers, which is, sadly, a destructive edit (I did save the original file though). I had also used millimeters as my unit of measure in Blender, but the exported stl somehow was 1/1000 the size it was supposed to be. So I had to scale back up to meters (even though the part is NOT ~87 meters long lol). I’ve had this issue in Blender before and I’m still not sure what I did wrong.

Once the model was exported correctly, I pushed the stl into Cura. I adjusted my settings to make it solid so it would print strong and so I could sand it post-print without worrying about holes in the material. 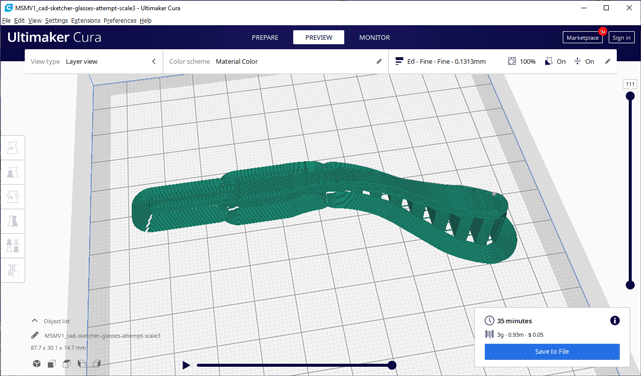 I printed the part on my good old MP Select Mini. I had some trouble with the filament intake but I was able to fix that pretty quickly by just removing the filament feeder and re-inserting it. The part is so small that the print only took 30 minutes! Unfortunately the support density was a bit thick and I had a lot of cleanup to do.

I sanded as much as I could but I don’t have sandpaper finer than 400 grit right now. So it came out a little rough.

CAD Sketcher was absolutely excellent for this work! I’m so happy to have it in my toolbelt. With this success I hope to continue to make models for prints moving forward.